UMAG reopens on Tuesday, 3 May 2022. All persons entering the museum, except those exempted, are required to scan the “LeaveHomeSafe” QR code and comply with the requirement of the HKU Vaccine Pass. Details on entry requirements can be found on the following website: https://covid19.hku.hk/control/hku-vaccine-pass/. 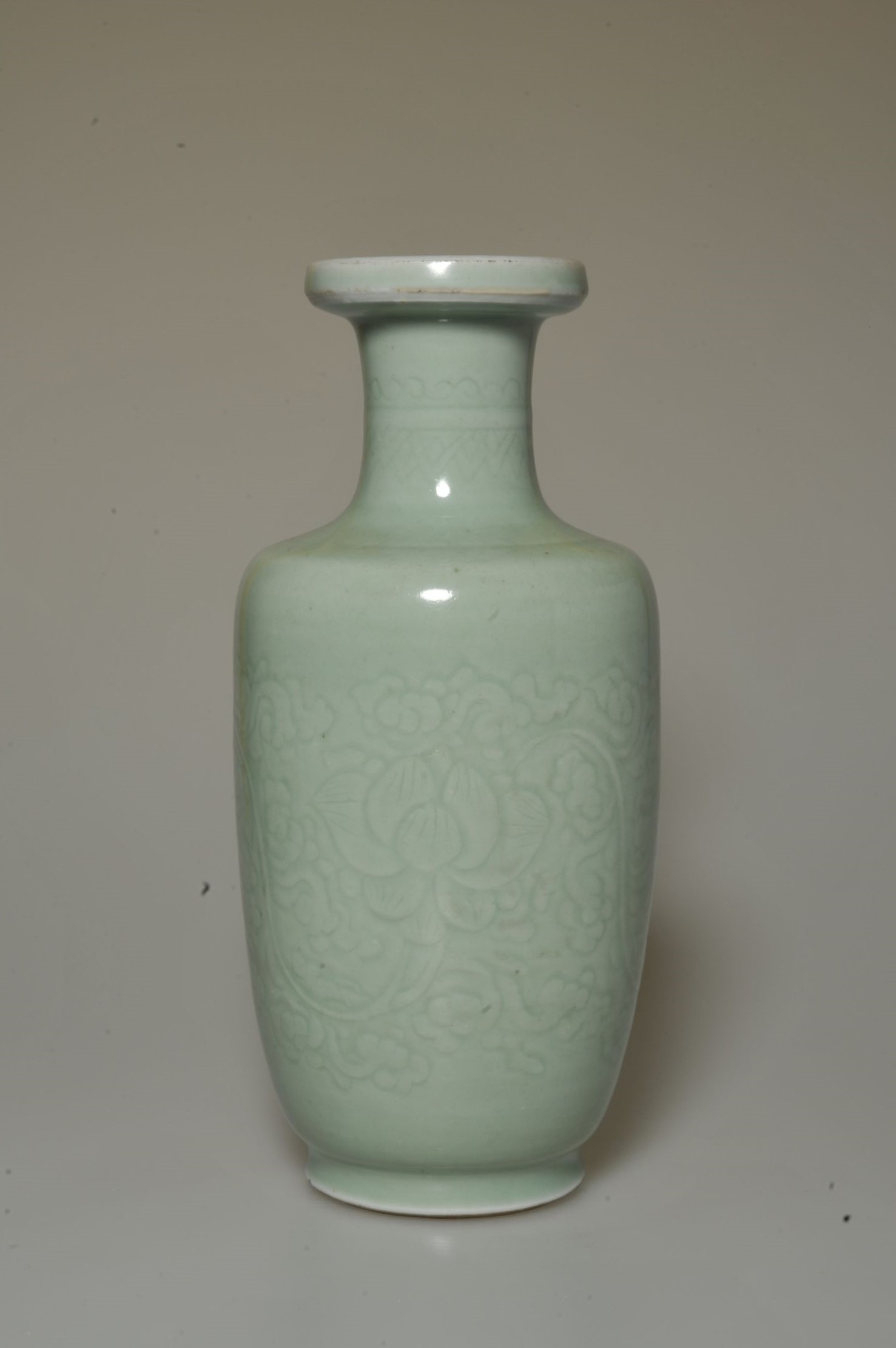 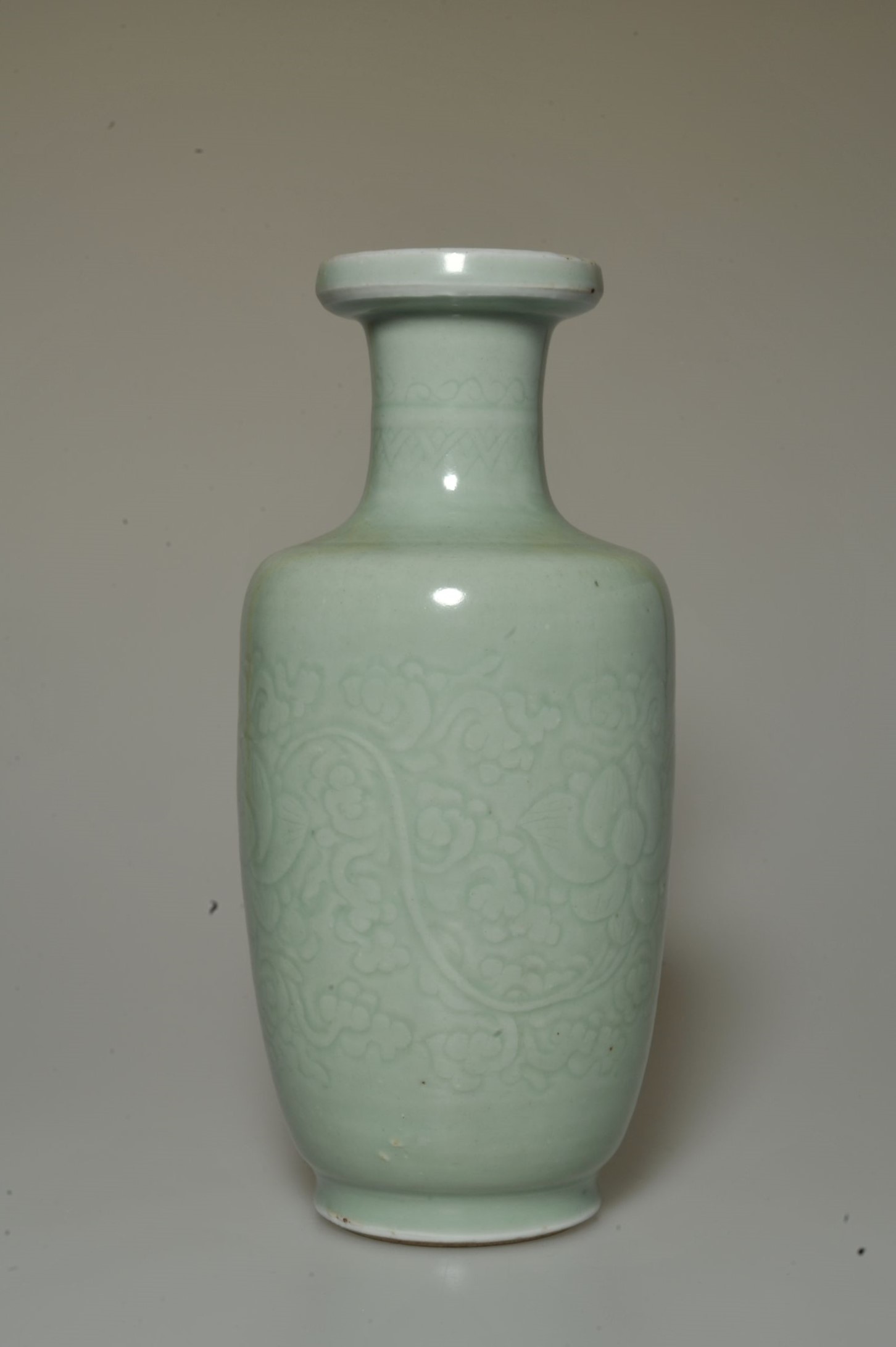 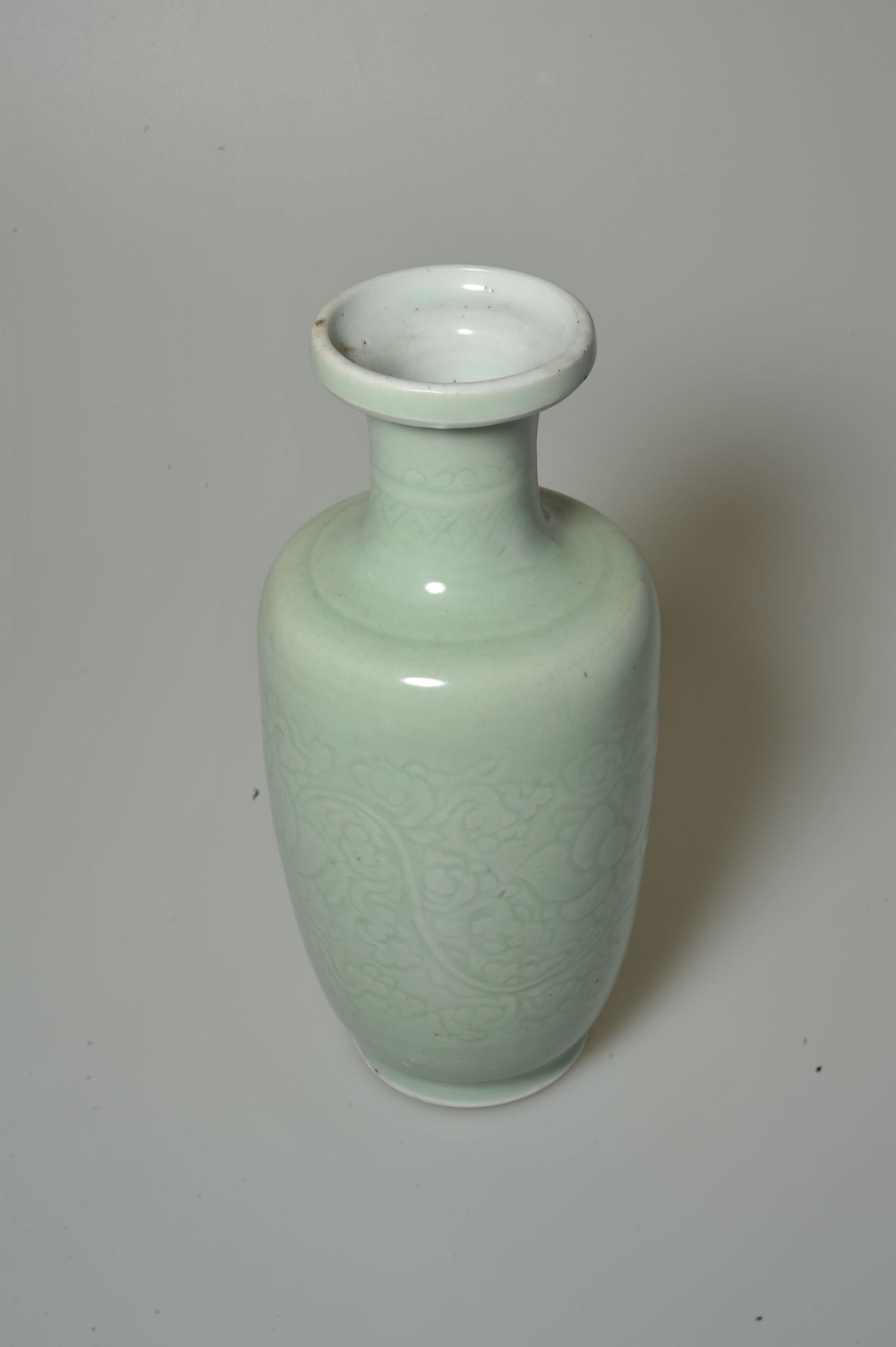 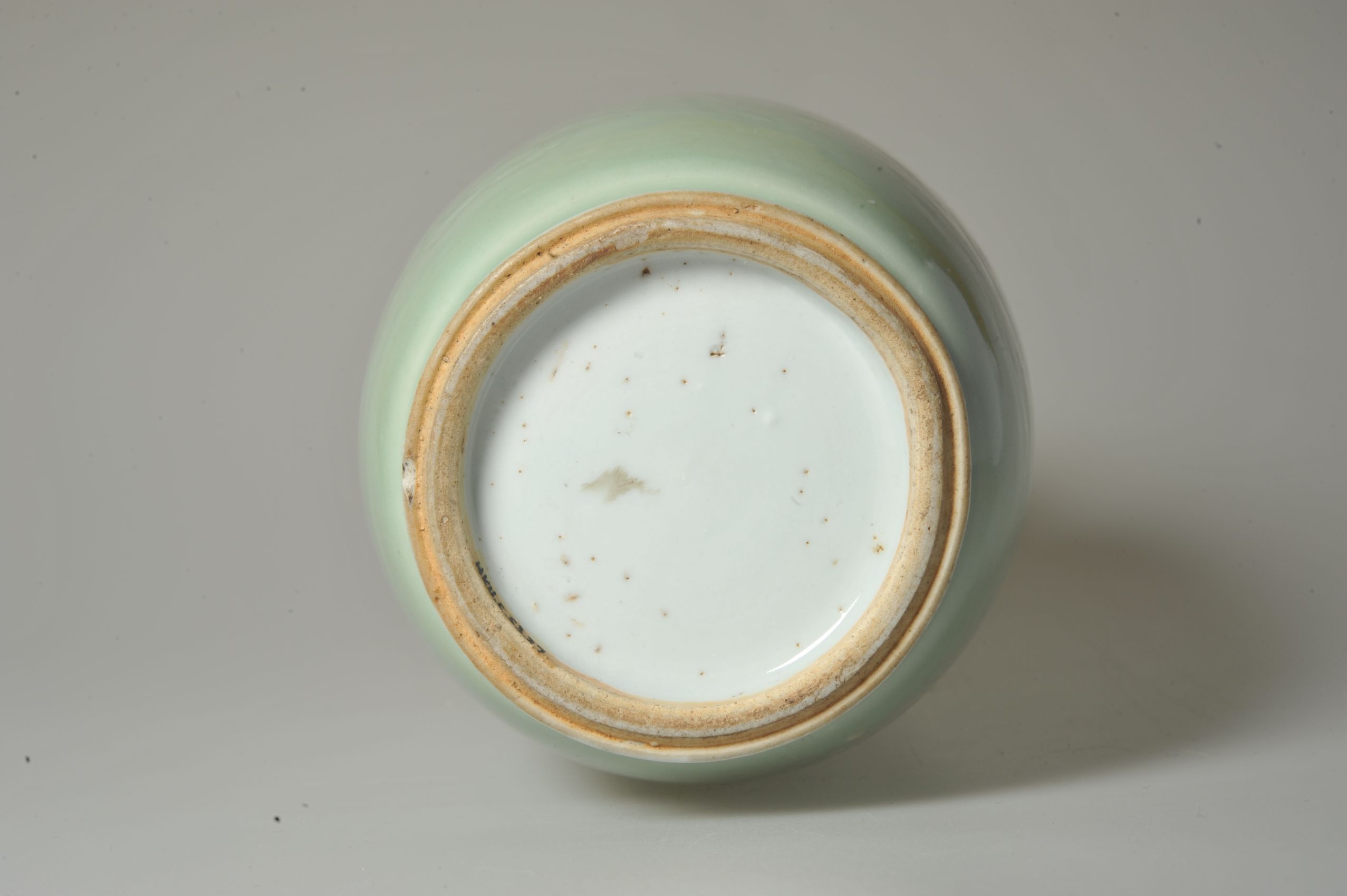 By the time of the Qing dynasty the output of the Longquan kilns had declined significantly. Later celadon was mainly intended for antiquarian collectors or commissioned by the imperial court, and evoked the tastes and styles of earlier periods. A revival of interest during the reign of the Kangxi Emperor led to the development of new techniques, such as the delicate, almost watery appearance of the surface of this vase—achieved by reducing the amount of iron in the glaze.